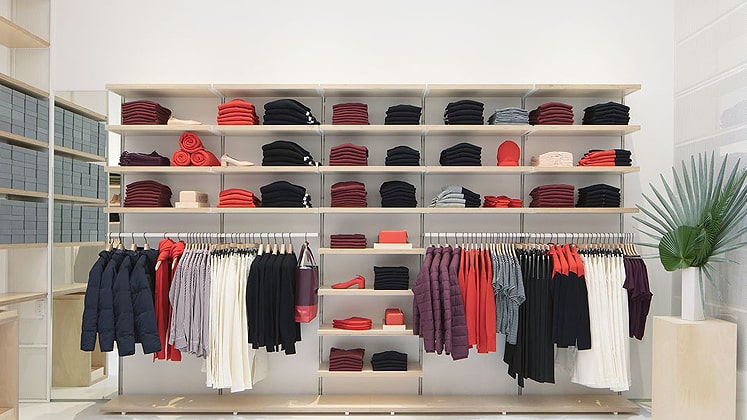 Mumbai isn’t called the retail hub without reason… over time, the city has developed a plethora of retail giants that are based out of this city and its neighbouring areas. Falling in line with the fast-paced and ambitious spirit of the city, even the retailers take on multiple identities to cater to the diverse demands of the country. Not limiting themselves to a particular product, concept or way of working, the retailers of this booming city are constantly on the lookout for newer ways to integrate quality and pricing into their working.

Proximity to the port and major manufacturing hubs based in the south-east Asian countries, Mumbai serves as a hot spot for all major retailers in India. These retailers are not restricted to a particular product category, as the city offers a vigorous mix of exclusive brands, conglomerates, multi-brand retailers, across categories ranging from denim, to sportswear, to kidswear and lingerie. This is what makes the sourcing strategies of retailers diverse yet efficient to serve all the categories they want to tap.

One such home-grown key market player in the kidswear segment is Gini & Jony, which relies on the sound infrastructure it has built over the years to manufacture its products. One of the oldest kidswear retailers in the country, Gini & Jony, today, has a stronghold on the Indian market with about 1,300 points of selling spanning 100 Indian cities. Their strength is highlighted through the fact that they spotlight quality over price – a feat they achieve by manufacturing all their products in-house via two main manufacturing units. Based out of Himanchal Pradesh and Daman, these units are utilised for end-to-end processes.

All our production is locally done. We are also going to open a factory in Vapi in addition to the ones in Himanchal and Daman

Amongst the south-east Asian countries, Lakhani places his trust in China as a strong hub for raw material sourcing. He stated,

We get samples made from different Chinese regions. We had a trial run with Bangladesh but it went poorly. For us, India has better quality offering. Quality always costs more in other countries.

In the ever-growing kidswear market, the eight-year old retailer Toonz is a one-stop solution for all kids’ needs. What started off as a business based on licensed cartoon character merchandising, now boasts of over 107 multi-brand stores spanning 15 states in the domestic market. The brand follows the procedure of contract manufacturing and its lead time from design to store is nine months. It manufactures everywhere, from Bangalore to Selum to Tirupur to Indore to Mumbai to Noida to Calcutta, depending on each hub’s expertise. This exercise entails Toonz a good cost advantage and ensures that its products are competent in the market as well. In terms of the brand’s own facility, it has one in Pune and one in Bangalore. Sharad Venkta, Managing Director at Toonz told AR,

Because we have a wide variety of ranges, we can’t create multiple facilities – it’s not economically viable.

Internationally, Venkta recommended Bangladesh for basics for large quantities but advised against smaller quantity assortments of 50 with 2,000 pieces per style, as it does not end up giving the same price advantage. The brand is exploring opportunities in Bangladesh, while seeing how it can maintain its cost advantage within the Indian market as well.

Being the home to major Indian menswear retailer groups, Mumbai also hosts Kewal Kiran Clothing (KKC), the parent company of Killer Jeans, India’s largest denim manufacturer. Despite the slump period that the denim industry was exposed to in the past few seasons, KKC quickly adapted to the set of challenges thrown towards it and overcame it with aggressive business and expansion strategies that have spelled success.

It boasts of being India's only denim company that works on zero discharge after dyeing. Lakhbir Singh, Brand Head for Killer Jeans told AR,

The infrastructure and set-up that we have include the washing, stitching and cutting processes. Through our extensive brand offering, including Lawman, Intergriti, Killer and Page 3, we cater to all strata of the society.

Its manufacturing observes a mix of both in-house and outsourced, but the major chunk happens in-house.

We focus on outsourcing our jackets (bombers, and trims such as zippers) from countries such as Korea, Japan and China. When we have to buy something in corduroy, then we prefer Bangladesh and the linen comes from Pakistan. Indian fabrics and products are completely done in-house. We have two plants in Mumbai - in Dadar and Goregaon East. We also have plants in Vapi and Daman with fantastic in-house facilities often spoken about.

Providing progressive fashion in the domestic menswear category, Mufti is one of the brands that revolutionised the way Indians perceived menswear fashion. Starting off as a simple shirt brand founded by Kamal Khushlani in 1998, it has expanded into multiple other categories such as denims, jackets, pullovers, etc., with more than 1,300 points of selling across India. Vipul Mathur, COO, Mufti told AR,

We have very strong sourcing capabilities and a strong Indian sourcing office which is based out of Bangalore - and that's a choice the company has made despite the head office being here (in Mumbai), as we wanted to create our local capabilities. However, there is a very small proportion of production that happens out of China especially of the goods that are in the zone of shoes, jackets and certain kinds of sweaters. Our relationship with vendors has enabled them to explore product categories and operations that were just limited to Chinese manufacturers. Our local vendors have gone ahead and bought those machineries and have started doing the same processes for us.”

Mufti also follows very tight payment processes and so, unlike various other brands, it makes the payment to its vendor on the spot. Mathur explained,

We believe that if we are ensuring the monetary cycle of our vendors, they will stay with us and they will not compromise on quality.

Another format that Mumbai retailers comprise of are the major league MBOs like Pantaloons, the multi-brand retailer that is thriving after being acquired by Aditya Birla Retail Group in 2012 with a worth of Rs. 3,300 crore and over four million square feet of retail space. Their strength lies in careful product assortment for every store where they focus on expansion of their private labels while giving equal importance to national players and international players under Madura. Being price-sensitive, sourcing for these private labels is done with maximum efficiency and efficient inventory management to balance the diversity in the product categories. Neeraj Nagpal, the Sourcing Head of Pantaloons, told AR,

Having a complex product assortment that caters to menswear, womenswear and kidswear across all categories, our manufacturing has to be very flexible. This is why we do 100 per cent outsourcing and have a base of about 200 vendors who are working for us across India, Bangladesh and China.

We work through clusters, so that we can efficiently source the specialisations each cluster caters to. In fact, with about 80 per cent of our manufacturing happening in India, we believe that these Indian segments of manufacturers can produce any product categories. This is the strength of India, we have the best emerging retailers as well as the most flexible manufacturers.

The visit to Mumbai brought to view the sole reason why Mumbai has been and continues to be one of India’s strongest retail hubs, even from a manufacturer’s perspective. The city is constantly evolving, as are its retailers, leaving no stone unturned when it comes to overtaking the retail chunk which is contributing to make India the next retail hub. The country’s retail sector is actively looking to meet its shortcomings, by outsourcing from neighbouring countries in order to capture a larger market share.

Is digitisation the future of fashion? Industry experts share views!

Menswear start-ups: Surviving the throes of a burgeoning market